Art Project "The MASK" LEM - visual art exhibition of the same name by Stanislaw Lem work within the part of the pilot project LEMinarium frameworks of Bienalle Week of Actual Art, Lviv 2016, took place in Lviv 1-9 September 2016 in Lviv Palace of Arts, str.Kopernyka 17

"The Mask" by Stanislaw Lem - a work about "finding yourself", about self-knowledge...
About drama of consciousness that tries to go beyond themselves and to define the meaning of his own existence.
Project “The Mask" — about the BODY which seeks, which absorbs, which gives, which takes, which changes... 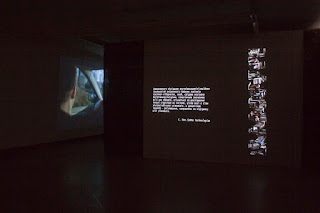 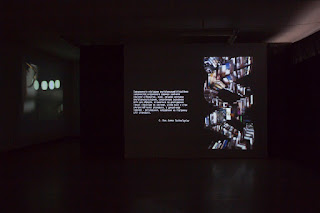 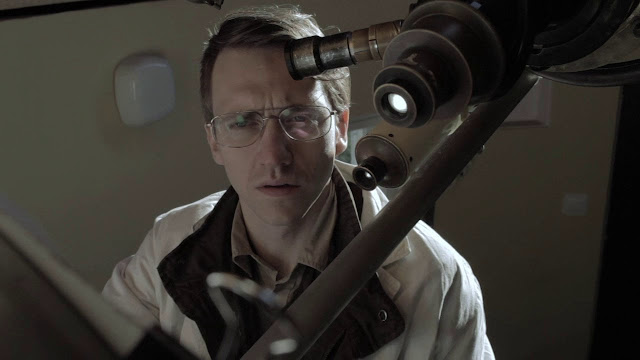 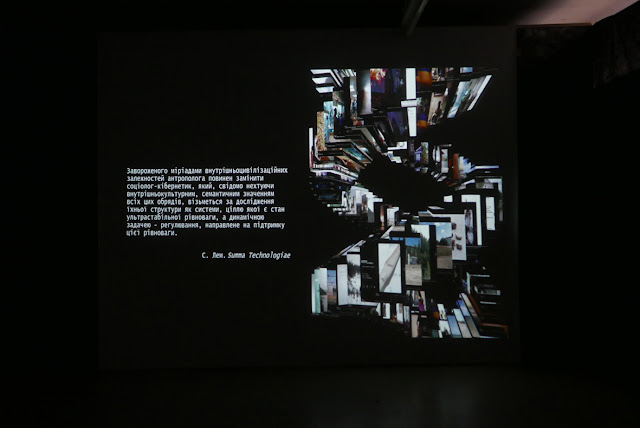 Anton Lapov (UA). "Post_identity (Study of Identity #4)", video installation, 2016
This work ends the cycle Studies of Identity, started in Lugansk. The first three works attempted to outline the question of identity in each of the three fields of its formation – personal introspection, social space and cultural memory. But then in 2014, refined enthusiasm of applying similar attitudes of theorizing on technological art methods was questioned in the result of total disbelief in the humanist project of human beings’ rationality.
After three years of nomadic existence, I have retuned to the Studies of Identity and want to question category of relevant identity in the modern post-digital context. Can we mention perspective of the personal identity, if it is replaced with the identification of military aims or whether it can be determined by the social space, framed by the news from social networks and collective memory, in a meanwhile, is delegated to the analytic algorithms of group behavior those users on-line services. All those abovementioned regimes of self-identification fade in a single cloud of computable post-identity. 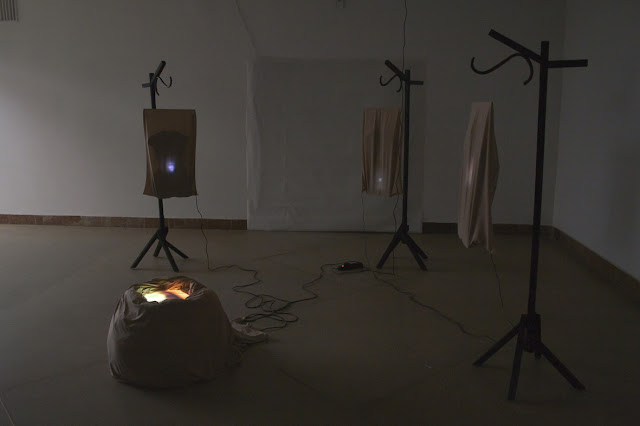 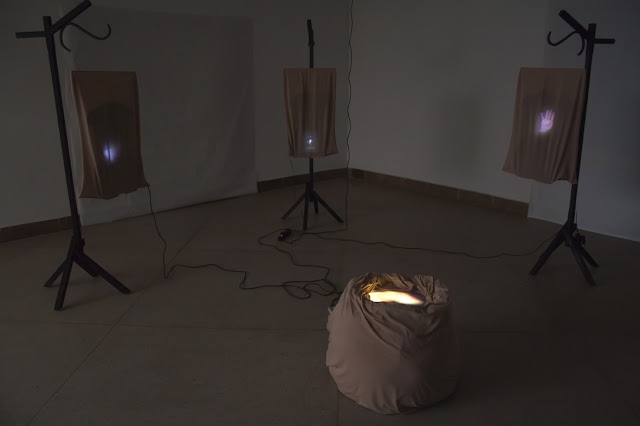 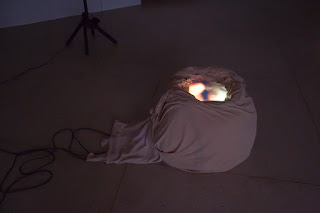 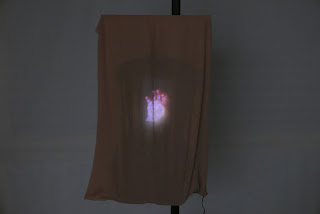 Hygroscopicity – is the ability of a substance to attract and hold liquid, water.
Installation «Hygroscopicity» is about the Body that absorbs, attracts and drinks in… 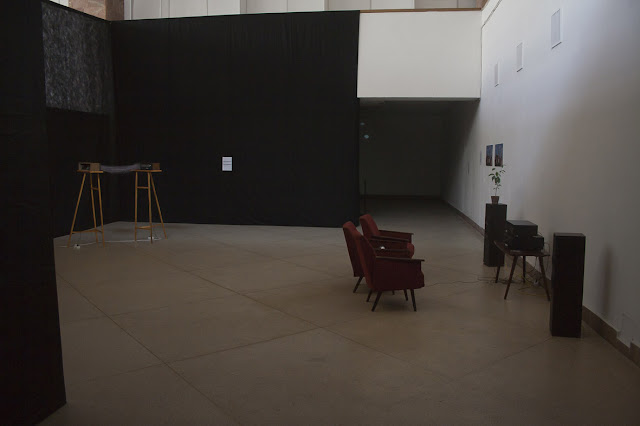 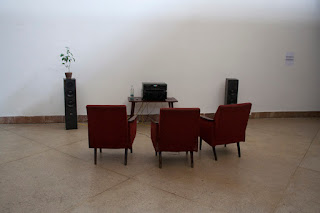 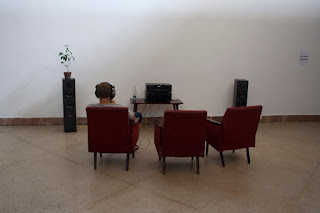 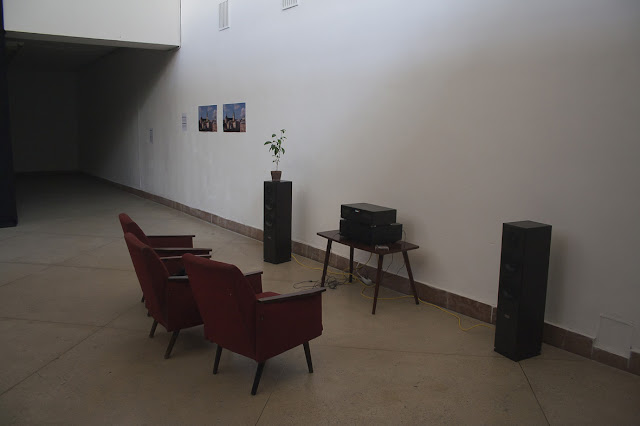 Daniel Koniusz (PL), "Daniel Koniusz / Unknown artist", Soundtrack from "The World as Holocaust". 1987/2016, Siralos Motion Pictures. 1987
Presentation of previously unpublished soundtrack to the film  the «World as Holocaust» (based on novel with same title by Stanislaw Lem) from 1987. Artist found this recording at the archives of the now-defunct film company Siralos Motion Pictures. 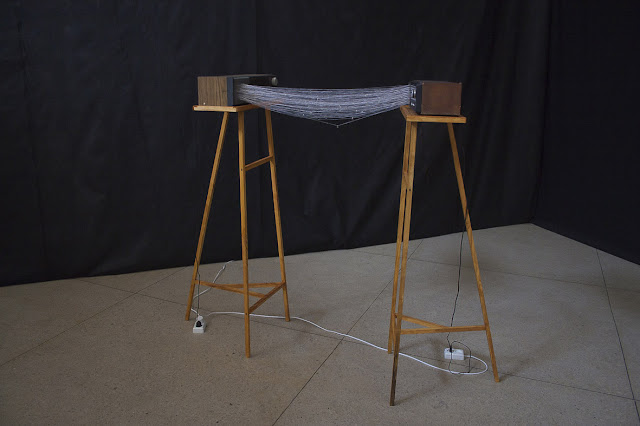 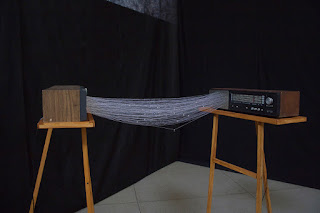 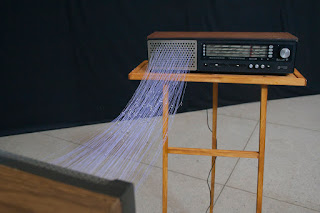 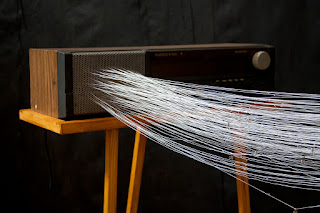 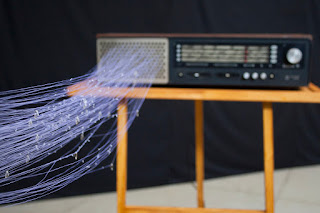 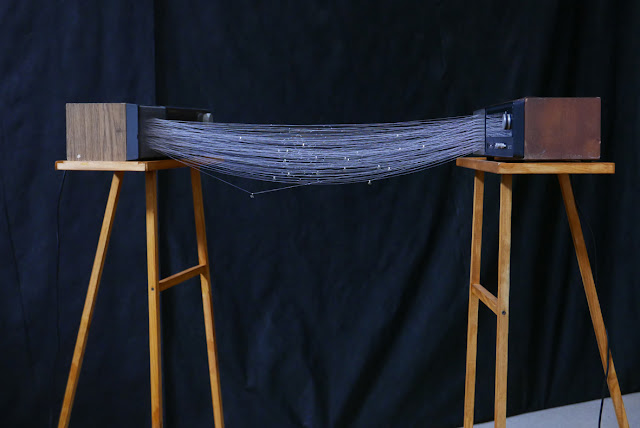 Tereza Barabash (UA), "Retransmission ІІ", audiovisual object, 2016
Retransmission – is an object on the person’s ability to accept and transmit information, that, in turn, is being transformed dependant on those transmitting and those receiving. This exchange of information could result in anything – in this case it is barely noticeable thread vibration, metal fragments, knots … etc 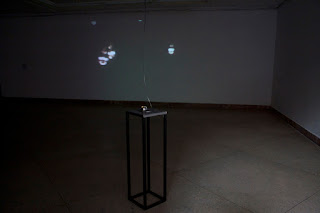 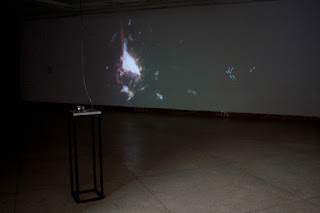 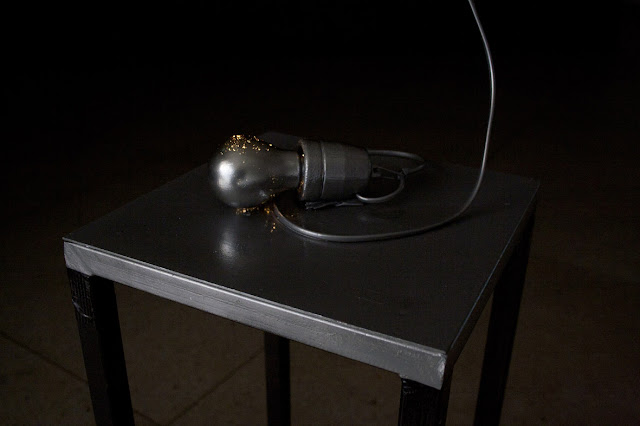 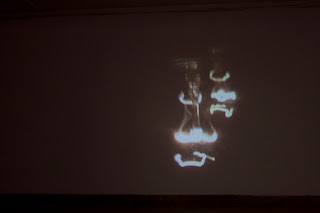 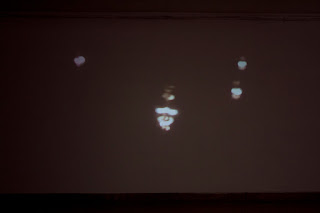 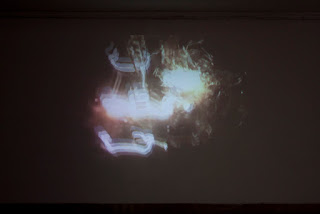 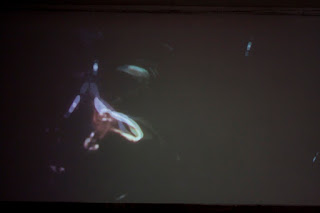 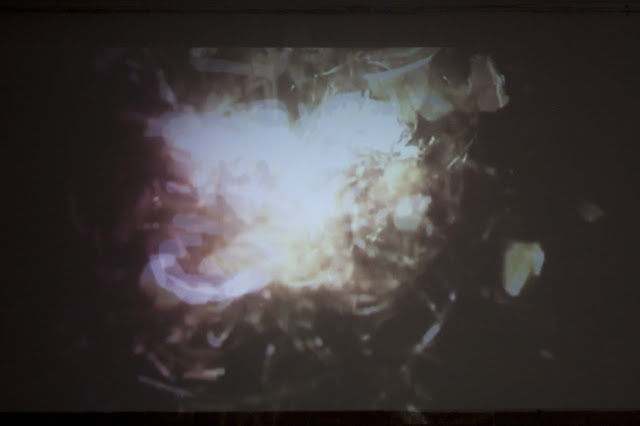 Slawomir Sobczak (PL), "FIASCO", video installation, 2016
The realisation is projected onto the last story “Fiasco” by Stanislaw Lem. The outline “two pies in a pod” (Ukrainian equivalent expression “two brothers one mind”) stated in the story is problemized. In spite of numerous self-quotations, in this story Lem doubts the essence of his oeuvre.
He concludes that we are not changed by the development of science and technology. We remain the same as 200 thousand years ago, when our spicy of human evolved. Atavism, that governs human nature, is the cause of our defeat in contact with the others. People remain forever wrapped in their mythology. This, according to Lam, defines our modern humanity.
The realisation introduces us to the illusion of movement in space, but in fact, what we see is only a simple light source moving through the space of screen. The independent existences, until the approach, appear to be safe to each other. Their contact however, leads to inevitable disaster. Although the "life" on the screen, eventually revives, but the experience of previous disaster seems to be hanging in a vacuum. 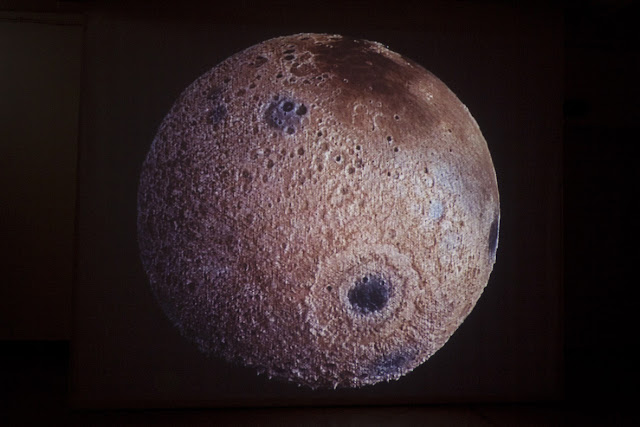 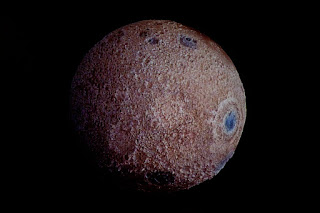 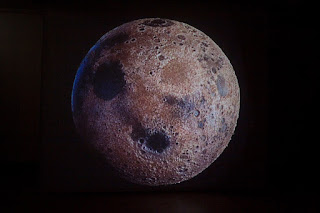 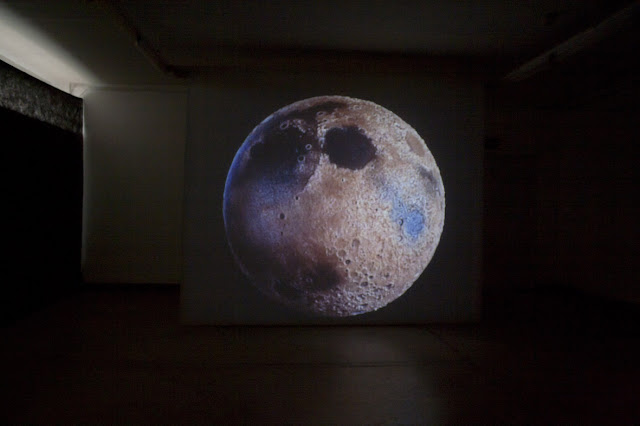 Visualization  of the planet Nibiru. As it is stated in the “prophecies” of the network “prophets”, collision with this imaginary planet is the most common cause of “doomsday”.
From the first sight Jasiukiewicz’s visualization of the Nibiry reminds of a static, conventional image of unidentified astronomic body with the sporadic craters on its surface, it’s well-seen on homogeneous background of black abyss of space. However, while approaching to the projection, we will not only notice slow movement around its axis, but also the material of this globe, made of macro images of human skin. Thus, the planet described by the “doomsday advocates” is gaining organic features; the skin revives the dead structure or, if we travestied the biblical prophecy, “makes the word into flash” (here “the word” is meant as prophecy of the Apocalypse). So this “materialization” of nonexistent object could be believed as a critical comment on social phobias, fears and believes, based on the texts on “the catastrophe prophecies”. The Nibiru’s visualization demonstrates a potential form of non-existent object and altogether it reflects process of “substentialisation” of something that lacks background/sense for existence, which is typical for variety of believes.
Fragment of the text "Epoch of the Nibiru" by Witold Kanitskii.